Welcome to the
INSTITUTE OF JAMAICA

Although our physical locations are closed to the public, in support of the Government of Jamaica's measures to curtail the spread of COVID -19, the Ministry of Culture, Gender, Entertainment & Sport announced that effective Saturday, March 14, 2020, all cultural entities including museums and galleries run by the government, will remain closed.
#StayHome #StaySafe

The Institute of Jamaica (IOJ), through its various cultural entities, engages the public in different ways. Established in 1879, IOJ keeps its core offerings relevant and relatable. 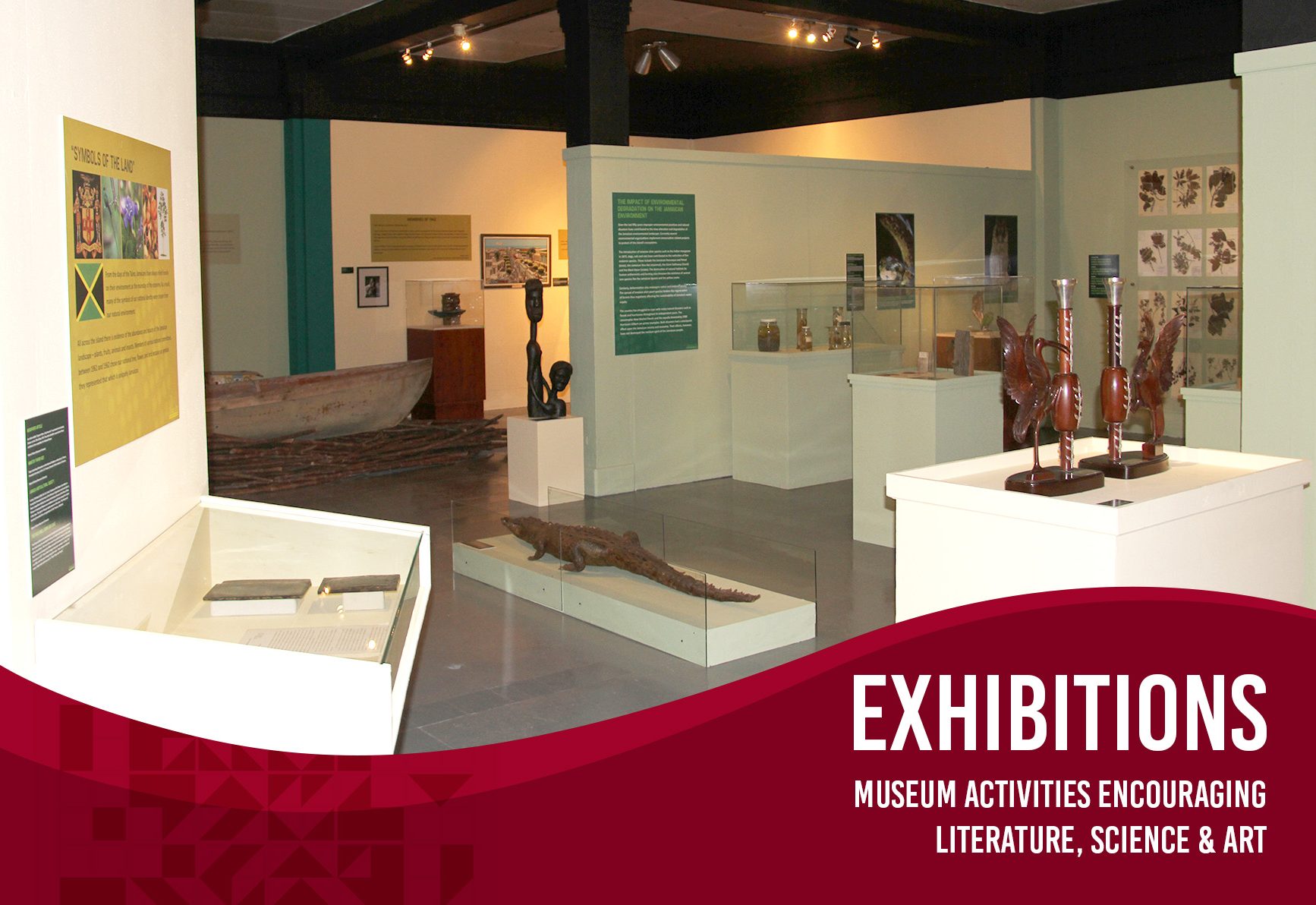 Exhibitions displaying the substance, creativity, and reslience of our people and country. From the people before us to who we have become. 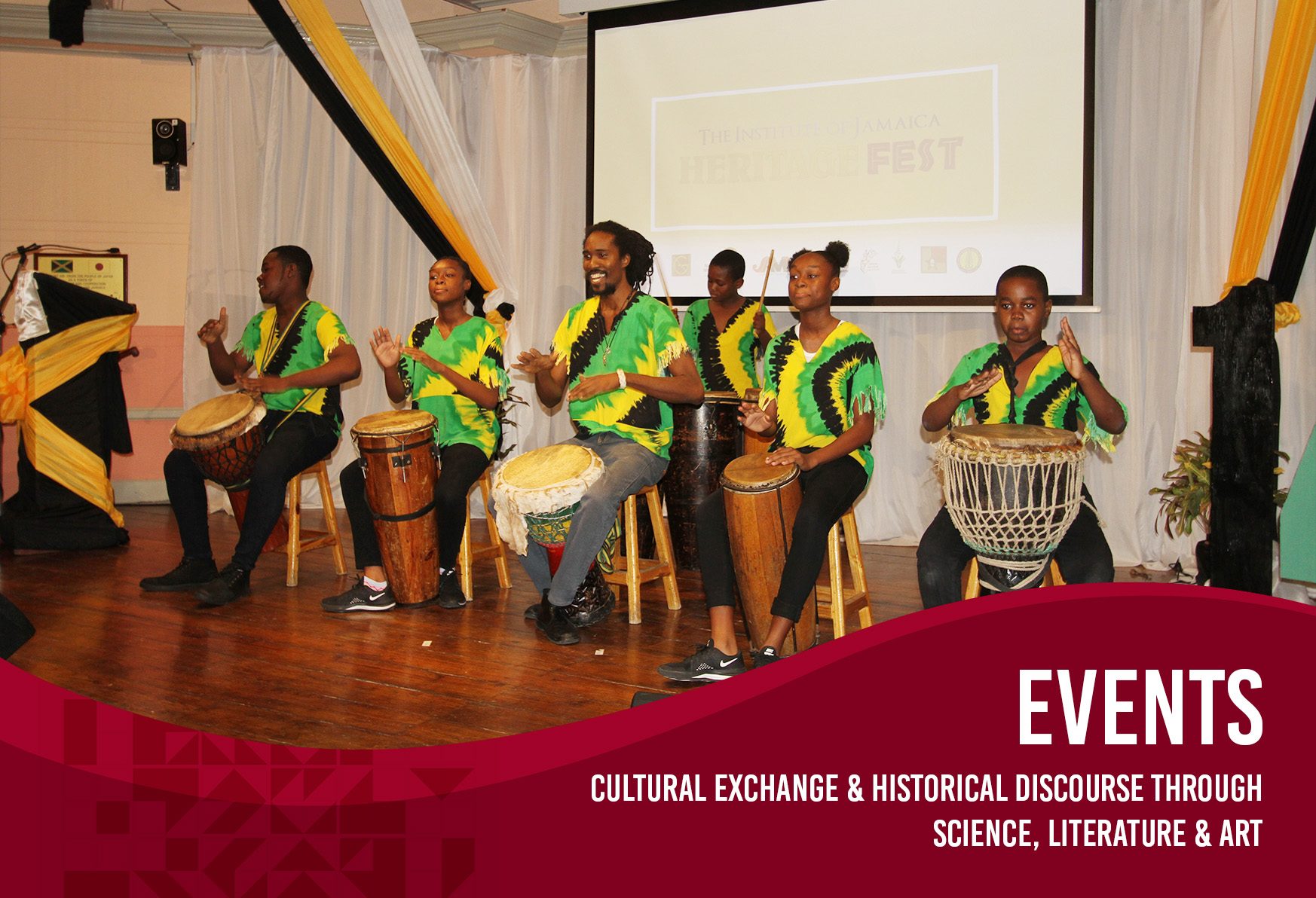 Lectures, Seminars, Concerts, Ceremonies, Symposia and Festivals – IOJ events are for everyone. 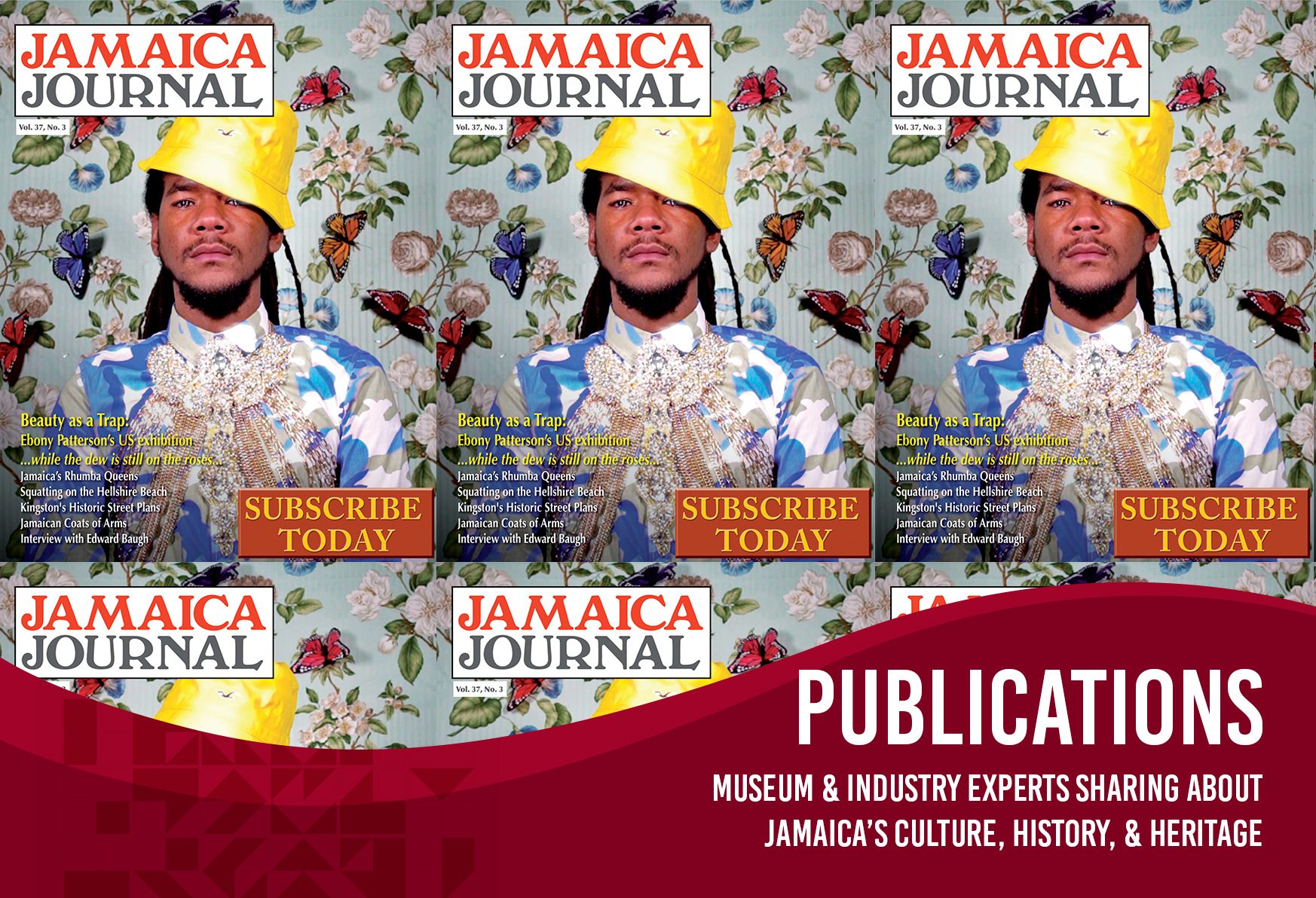 Journals, Books and Catalogues by IOJ

IOJ publishes several journals, books and catalogues through its various cultural entities. Check out its flagship publication – the Jamaica Journal.

Learn more about Jamaica’s Heritage as we present a weekly feature where we put on show artefacts selected by curators from our museums.

This week we highlight the story of a  “ a 17th Century White and Red Clay Tobaco Pipe” selected by the Natural History Museum of Jamaica.
Tobacco became very fashionable in Europe during the 17th century and the growing demand fuelled a tobacco-growing economy in the Caribbean and North America.
The discovery of white clay pipes in Port Royal reflects the level of trade between England and Port Royal at the time as England was the largest manufacturer of these pipes.
Between 1682 and 1695, shipments of white clay pipes to Jamaica were said to have totalled more than shipments to all other New World colonies combined.
Given the huge demand for smoking pipes, a local cottage industry emerged using native red clays. Red clay pipes, almost exclusively of Jamaican origin were made by African-Jamaican hands. 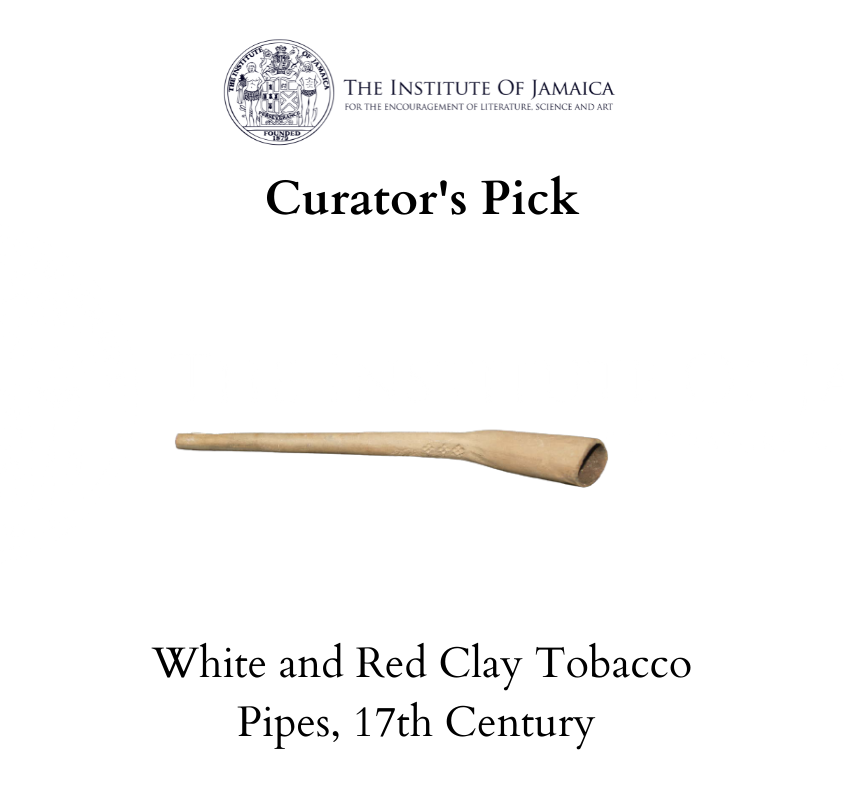 The Institute of Jamaica’s YouTube page displays the IOJ’s treasures in video content that is geared towards the “Encoragement of Literature, Science and Art”. There you will find live and recorded cultural events. 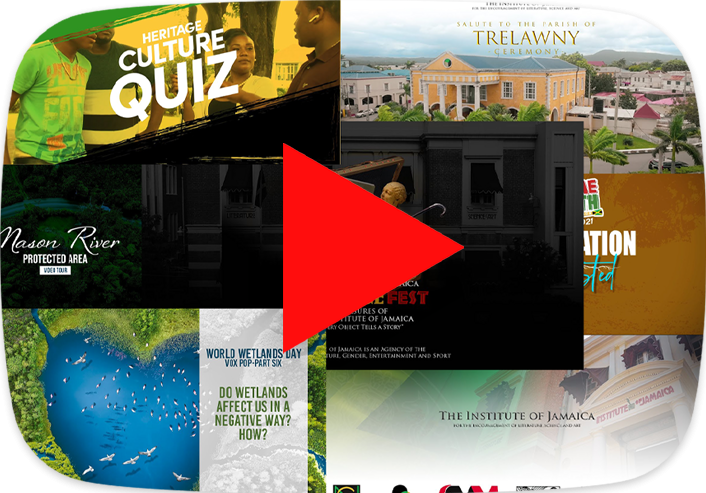 The IOJ traverses Jamaica on a mission to educate each Jamaican, and person that touches our shores about the country’s most valuable treasure– our heritage and culture. Each year, thousands are impacted by this service which includes a mobile exhibit on various subjects. 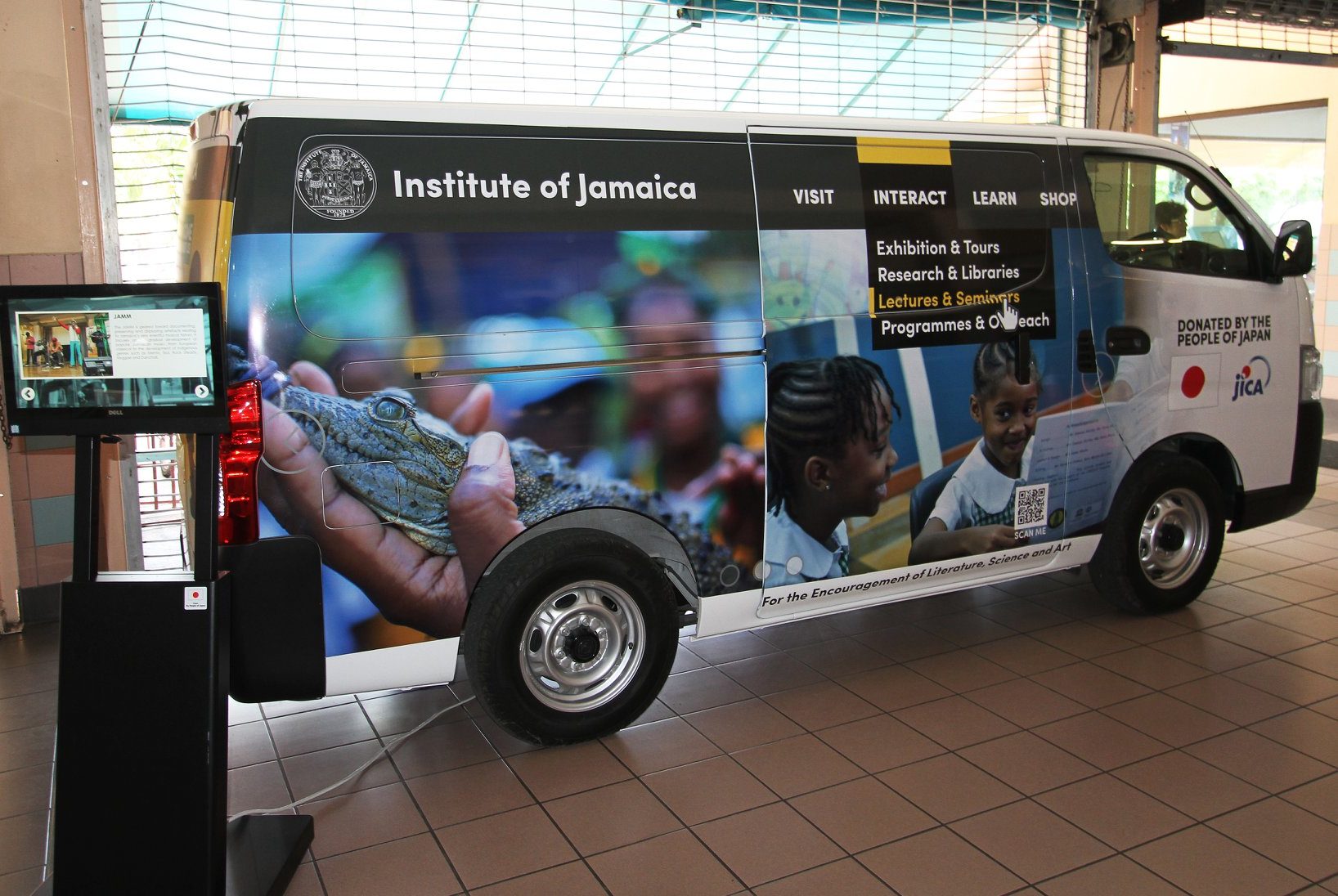 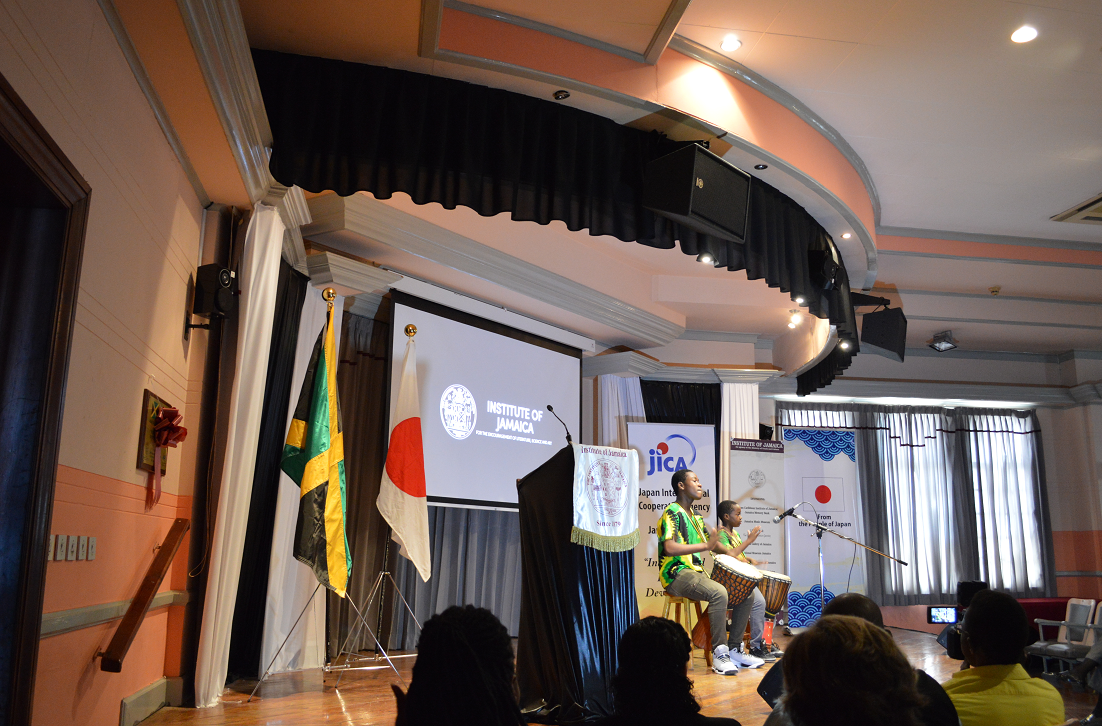 Do you need spaces to rent? Book now one or more of the following:
– Auditorium (300 seats)
– Computer and Language Labs
– Multimedia Production Studio
– Multipurpose interactive spaces